You are here: Home page » News » Company news » The deep vein thrombus has the measure which the reason rule and adopts

The vein thrombus is slow in the vein blood stream, the blood congeals high the state and under the tunica intima damage condition, the vein has the acute non-suppurative inflammation, and following has disease which the thrombus forms. 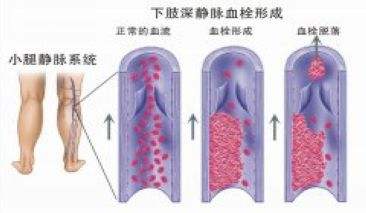 It has the reason and the rule is:

(4) the surgery surgery initiates DVT the reason including to encircle the technique time the brake, in the technique in the technique postosome the hemoglutination, the antifreeze and dissolves the hitch system's unusuality, as well as vein blood vessel's damage and so on;

(after 5) wound organism wound, the blood is at congeals high the state, also urges the thrombus formation;

According to having the reason and the rule uses the following measure:①Use antifreeze medicine: After the technique first day starts with antifreeze medicines and so on low molecular heparin calcium to carry on the antifreeze treatment;②The early time carries on the recovery exercise: After the technique first day namely starts system's recovery training;③The prompt reexamination routine blood test, the blood biochemistry, the blood congeal the series, finds out patient's each situation;④In the treatment like the detection thrombus formation, asks the blood vessel surgical department to assist promptly to treat.